This was announced by Olena Tertyshna, Head of the Regional Office of U-LEAD with Europe in Dnipropetrovsk oblast.

“Depending on the municipality’s needs, they received various emergency assistance kits purchased by U-LEAD with the financial support of the European partners. “Shelter” kits include a tent, sleeping bags, mats, camp beds, blankets, a water tank and generators. They were received by eight municipalities that receive IDPs and provide them with temporary accommodation. “Repair” kits consist of generators, chainsaws and other repair equipment that will be useful to overcome the consequences of military actions in the municipality. These sets were received by the municipalities of Apostolove and Zelenodolsk. Also, all ten municipalities received a “Lighting” kit, which includes generators and a lighting pole,” said Olena Tertyshna.

More than 1,200 internally displaced persons have already been registered in Mahdalynivka municipality. The aid is planned to be used to improve work with migrants and to provide services to those in need.

“This assistance will be used in the Administrative Service Centre for uninterrupted work with IDPs, in communal institutions of the municipality that provided shelter to internally displaced persons, for the organization of well-established and sustainable work of municipal emergency services, etc.,” Mahdalynivka settlement council reports.

“From the first days of the Russian aggression, Mezhova rural municipality has been accepting displaced persons from war-torn territories. As a result, there is an urgent need for additional premises to accommodate people, generators and other things to arrange the temporary shelter, including basements of double significance, which are used as civil protection shelters. The humanitarian cargo that the municipality received from U-LEAD will help to organize our work,” said Volodymyr Zrazhevskyi, Mezhova settlement head.

Infrastructure and important facilities in Zelenodolsk municipality need to be rebuilt as a result of the shelling by the occupiers. Its territory was included in the list of those heavily affected by the Russian aggression. Despite the threat of war actions, local governments and municipality residents are repairing damaged facilities, planting gardens and flowers, and maintaining the municipal life.

“Zelenodolsk municipality is sincerely grateful to our U-LEAD with Europe partners for their help. In such difficult times for all Ukraine, it is important to unite for the victory. And it is good when there are friends who give very significant help: generators, cut-off machines, cutting wheels, chainsaws, cutting chains, which are now essential for restoration and emergency work. Utility workers are already making effective use of the assistance provided to work on damaged facilities after the shelling. Generators are directed at strategically important facilities that must have an uninterrupted supply of electricity,” Zelenodolsk City Council informed.

According to Olena Tertyshna, each of the municipalities that received emergency assistance are regular participants in U-LEAD initiatives and participated in such programmes as “Business-Friendly Municipality”, “Steps for Leaders”, “Steps for Starostas”, “Steps for the Administrators of LSG Affairs”. Besides, they worked on their development strategies with the help of U-LEAD experts. 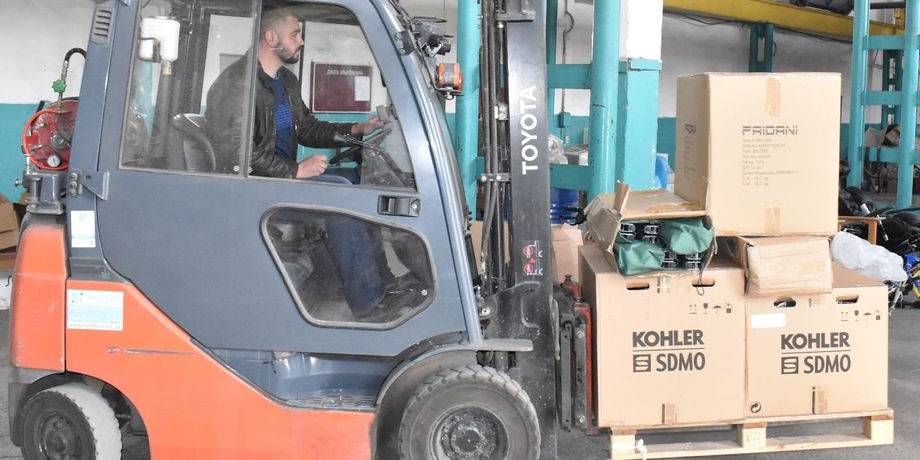