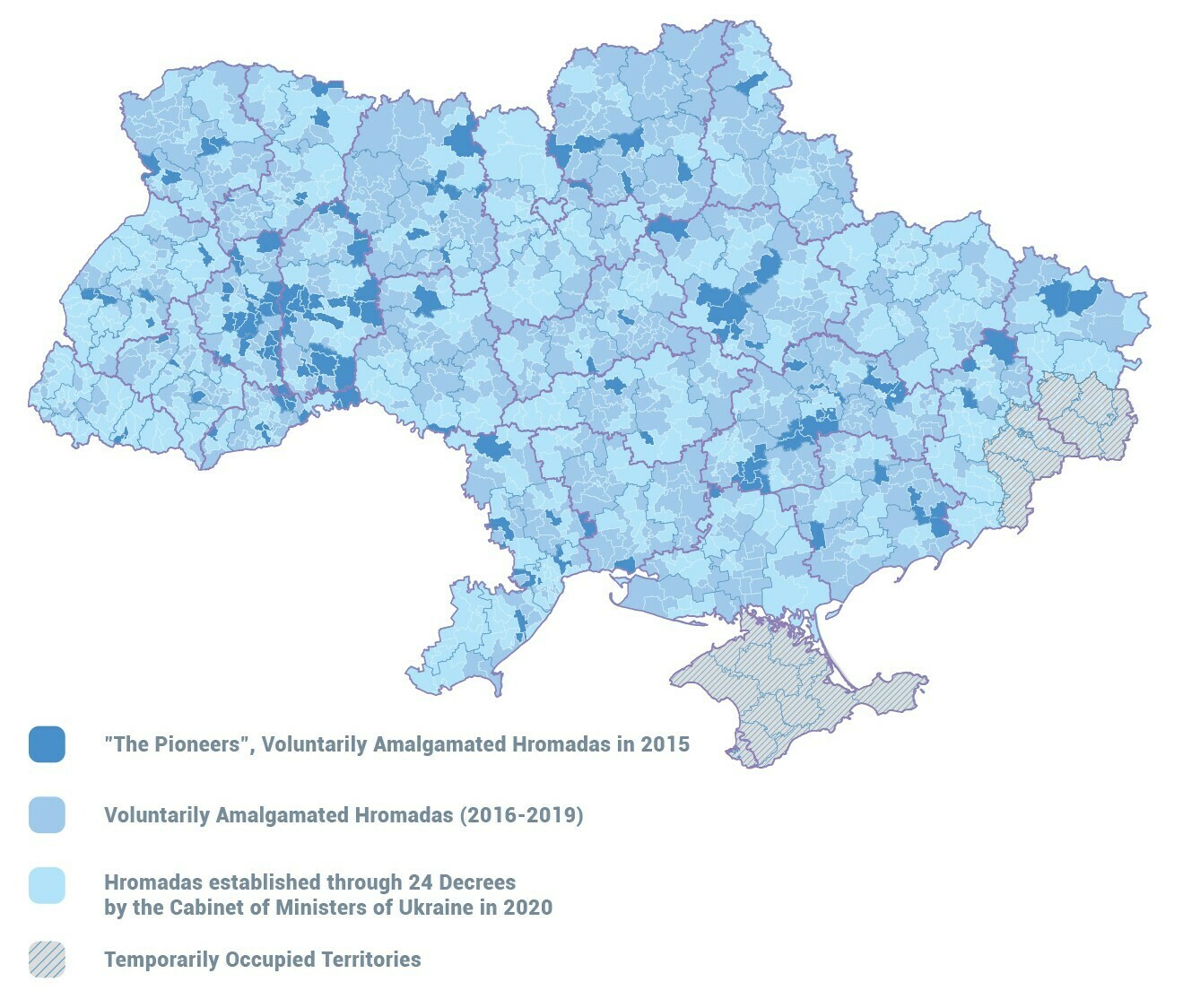 Since the local elections of 25 October 2020 Ukraine consists of 1,470 municipalities

Decentralisation reform figures among the most successful reforms initiated in Ukraine since the Revolution of Dignity. It was recognized as such by the European Parliament in its resolution of 11 February 2021 on the EU’s Association Agreement with Ukraine and more recently in the statement by the G7 Ambassadors’ Support Group in Kyiv (consisting of Ambassadors from France, United States of America, Germany, United Kingdom, Canada, Japan, Italy and European Union). The ambassadors believe that the success of the amalgamation of communities is an example of Ukraine’s capacity to deliver reforms for its good governance, prosperity and resilience.

At the same time, the G7 Ambassadors identified elements they consider crucial to consolidate the principles of local self-government, subsidiarity and ensure irreversibility of the reform, in line with the European Charter on Local Self-Government (ECLSG), ratified by Ukraine in 1996, and good European practices. These elements should be addressed under the current transformation of the legislative and constitutional framework, in constructive consultation with local associations and other stakeholders. 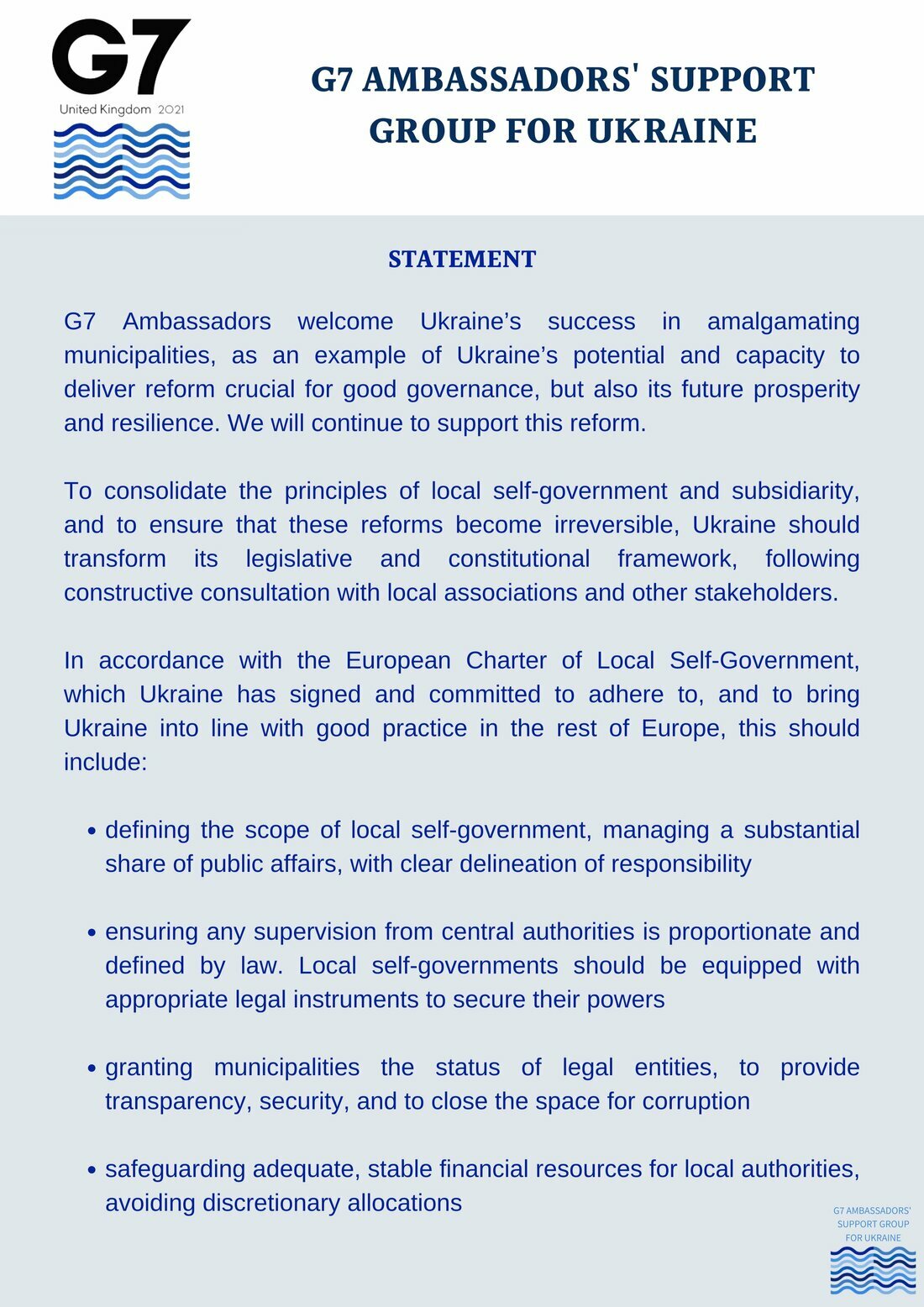 The statement of the G7 Ambassador’s Support Group for Ukraine

This article provides perspectives on the points raised in the statement, with the hope that they can serve as a contribution to the on-going exchange among experts, decision-makers and interested citizens of Ukraine.

On the scope of local self-government and delineation or responsibilities

This matter refers to the core idea enshrined in the European Charter of Local Self-Government (ECLSG), namely that local authorities should have the right and ability to manage a substantial share of public affairs under their own responsibility and in the interest of the local population.

According to the core European principle of subsidiarity, decisions should be taken as closely as possible to the citizens. A presumption of competence in favour of local self-government authorities should therefore guide the decision as to the level on which tasks shall be carried out. Any allocation of tasks or subtasks to higher levels of government must be well-justified.

In addition to the tasks attributed to local self-government as “own tasks” and again following the principle of subsidiarity, state administration can delegate tasks to local self-government to enhance the level, responsiveness, and the efficiency of public service delivery. It is important that own and delegated tasks are clearly defined and treated differently, for example regarding the supervision of their execution and the sources of funding.

In the statement, the G7 Ambassadors highlight the importance of a clear delineation of responsibilities to avoid overlapping between the state and local self-government. Depending on whether regional and sub-regional layers of government (oblast, rayon) are defined as state or self-government entities or a combination of them, their respective tasks, functions and authorities would also need to be clearly defined and delineated vis-à-vis the other levels. In the contrary case, there is a risk of institutional disputes and “blame games” will render public service delivery less efficient and substantially weaken accountability of the local self-government towards the citizen.

While the issue of delineation of responsibilities is usually discussed in the light of the allocation of tasks between levels of government, in the case of Ukraine, the division of tasks and responsibilities within municipalities is of equal importance. There is ample evidence that effective local self-government with its essential features mentioned above requires that internal structures of municipalities are designed in a way which maximises accountability and effectiveness. In Ukraine, this relates particularly to the assignment of responsibilities and tasks to the municipal council and the executive body.

A well-functioning framework pre-supposes a good system of checks and balances. This means that the executive body of the municipality is responsible for all administrative decisions and the implementation of the decisions of the council as well as for delegated tasks. It must have its own clear and strong responsibilities. This task should be in principle assigned to the mayor as the only executive body.

A council, in turn, usually takes decisions of principle importance for the municipality, decides on the budget, oversees the executive actions, and acts as a consultative body. Both bodies – council and mayor – represent the local electorate within the respective powers assigned to them by law. As directly elected bodies they have the same democratic legitimacy and are equally accountable to the citizens. This implies that the mayor cannot be dismissed by the council and vice versa.

Within the overarching framework of national regulations, details can then be included in the main statutes of individual local self-governments, for example on the number and size of committees or the detailed delineation of the competences of the mayor and the council, or the concrete design of citizens’ information and participation rights.

The issue of supervision is a key aspect of the current debate on the amendments of the Constitution of Ukraine. G7 Ambassadors’ refer to it explicitly by stressing that it should remain proportionate and linking it to appropriate legal instruments (judicial remedies) for the local self-government to be able to protect against infringements.

The ECLSG requires that the supervision of municipal actions shall normally aim only at ensuring compliance with the law and with constitutional principles. As an exception to this principle, the ECLSG recognises supervision of the performance of delegated tasks. In fact, it can be considered a European standard, that the supervision role of state authorities with regard to municipalities’ own tasks only concerns the legal adequacy of acts undertaken by municipalities (so-called “legal supervision”). Their technical or political appropriateness (i. e. the way in which the task is carried out) is not object of legal supervision. This is only considered permissible with regard to delegated tasks.

A well-functioning mechanism of supervision should be underpinned by the principle of proportionality. It means that excessive interventions, lengthy bureaucratic procedures, micromanagement and any other form of abuse of supervisory authority shall be eliminated as they hamper effective and efficient local self-government. Since there are already strong horizontal accountability mechanisms in place, i.e. the accountability of the executive body to the council and to the local electorate, the guiding principle of vertical supervision should be support and advice, not control and sanction. Any oversight mechanism should be supportive of local self-government, with the aim of providing robust advice and guidance in a spirit of trust and cooperation.

On the status of municipalities as legal entities

Most prominently, this concerns a very well-established continental European practice of providing municipalities with the status of legal persons. The G7 Ambassadors put special emphasis on this point as the absence of this status is one of the most apparent gaps in the related Ukrainian legislation. 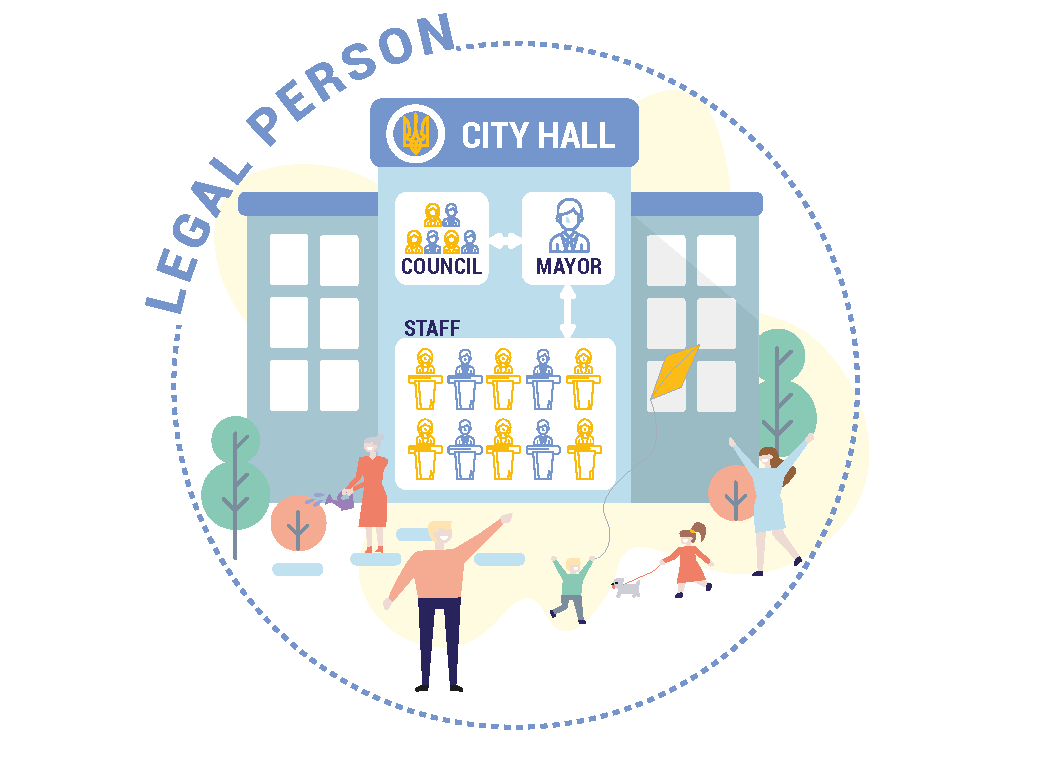 In fact, in Ukrainian municipalities, the status of legal person is not granted to a municipality itself as the organisation of the citizens living on its territory but to specific bodies within the municipality (“Органи місцевого самоврядування“) while it remains unclear to which overarching person these “organs” belong. This means that a municipality includes an excessive number of legal persons (assigned to single departments, the council, executive committee,), each of which follows its self-interest which is likely to differ from the public interest. Conflicts of competence arise and the complex legal state of affairs makes it very difficult to hold specific actors accountable for their actions.

What sounds like a theoretical debate among legal experts is in fact the building block for the full implementation of local self-government in Ukraine. Only with the status of legal personality can a municipality exist before the law and be endowed with rights and obligations ensuring the integrity of local self-government. These are a few (among many other) reasons why this status is necessary:

Ukraine is one of the very few European countries which does not grant its municipalities the legal person status. This is particularly surprising since Ukraine can look back at a long tradition of the “Magdeburg law”, a town law which was established in many Ukrainian cities already hundreds of years ago and which is considered to be one of the first legal frameworks that recognised local governments as one sole legal person. 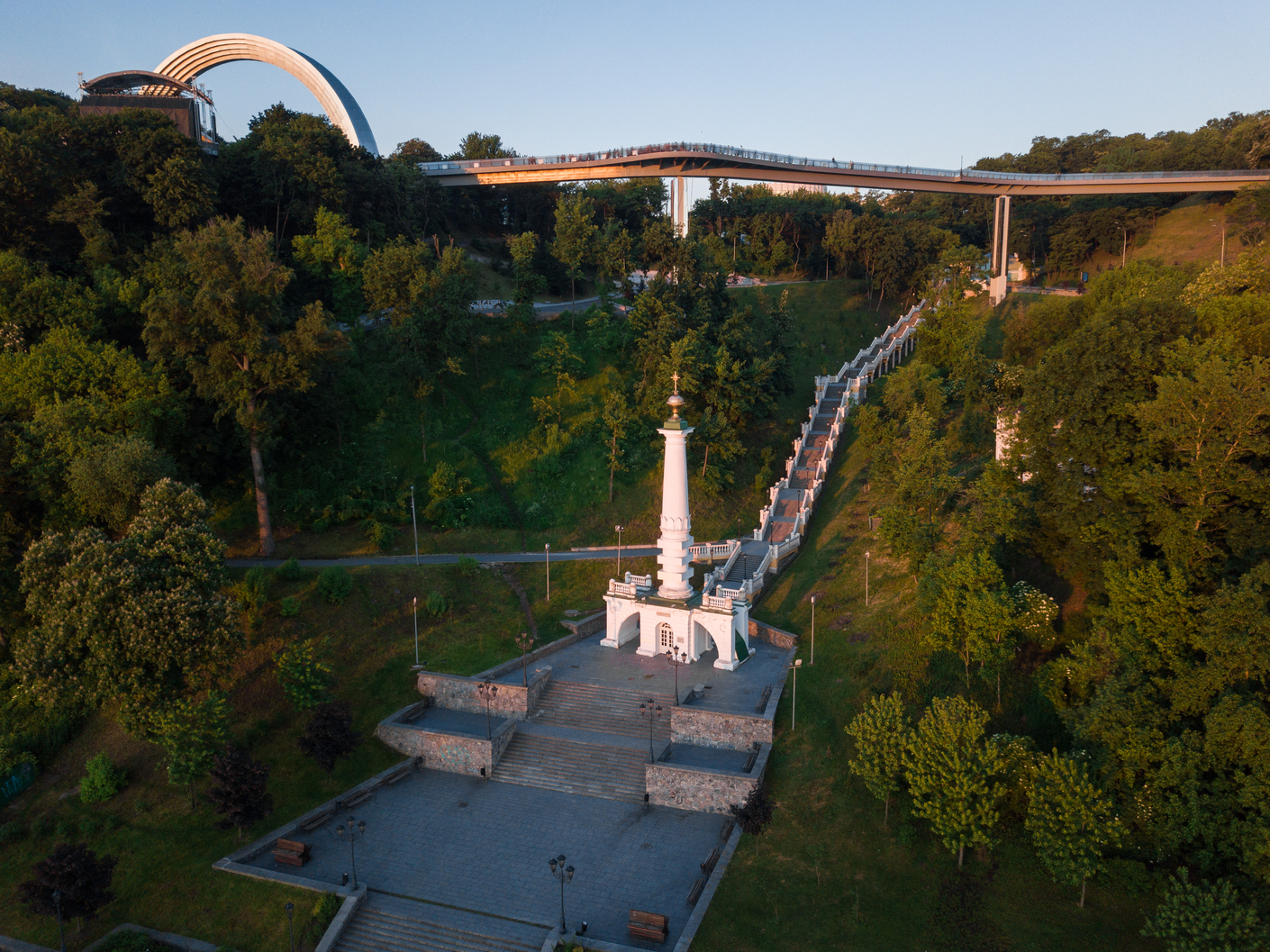 As mentioned in the Explanatory Memorandum to ECLSG, “the legal authority to perform certain functions is meaningless if local authorities are deprived of the financial resources to carry them out”. Therefore, the principle of fiscal decentralisation also echoes in the G7 statement.

In this context, it is important that the funds municipalities receive can be spent at their own discretion to the largest possible extent so as to ensure an efficient allocation of funds and to enable citizens to identify the actors to be held to account for spending decisions. Earmarked grants should therefore, as far as possible, be avoided.

A recent contribution from U-LEAD’s expert Manuela Söller-Winkler proves that the current fiscal situation of local self-government in Ukraine does not live up to the standards of ECLSG. The main aspects hampering fiscal autonomy are the following:

· Local governments do not have the financial resources they need to effectively carry out their own and delegated functions.

The recent statement of the G7 Ambassadors addresses fundamental aspects of the current debate on decentralisation reform in Ukraine. With important legislation and constitutional amendments in the making, the government has a historic chance to enshrine core principles of the ECLSG and the best European practices in the country’s legal framework, and thus ensure the sustainability and irreversibility of real local self-government. 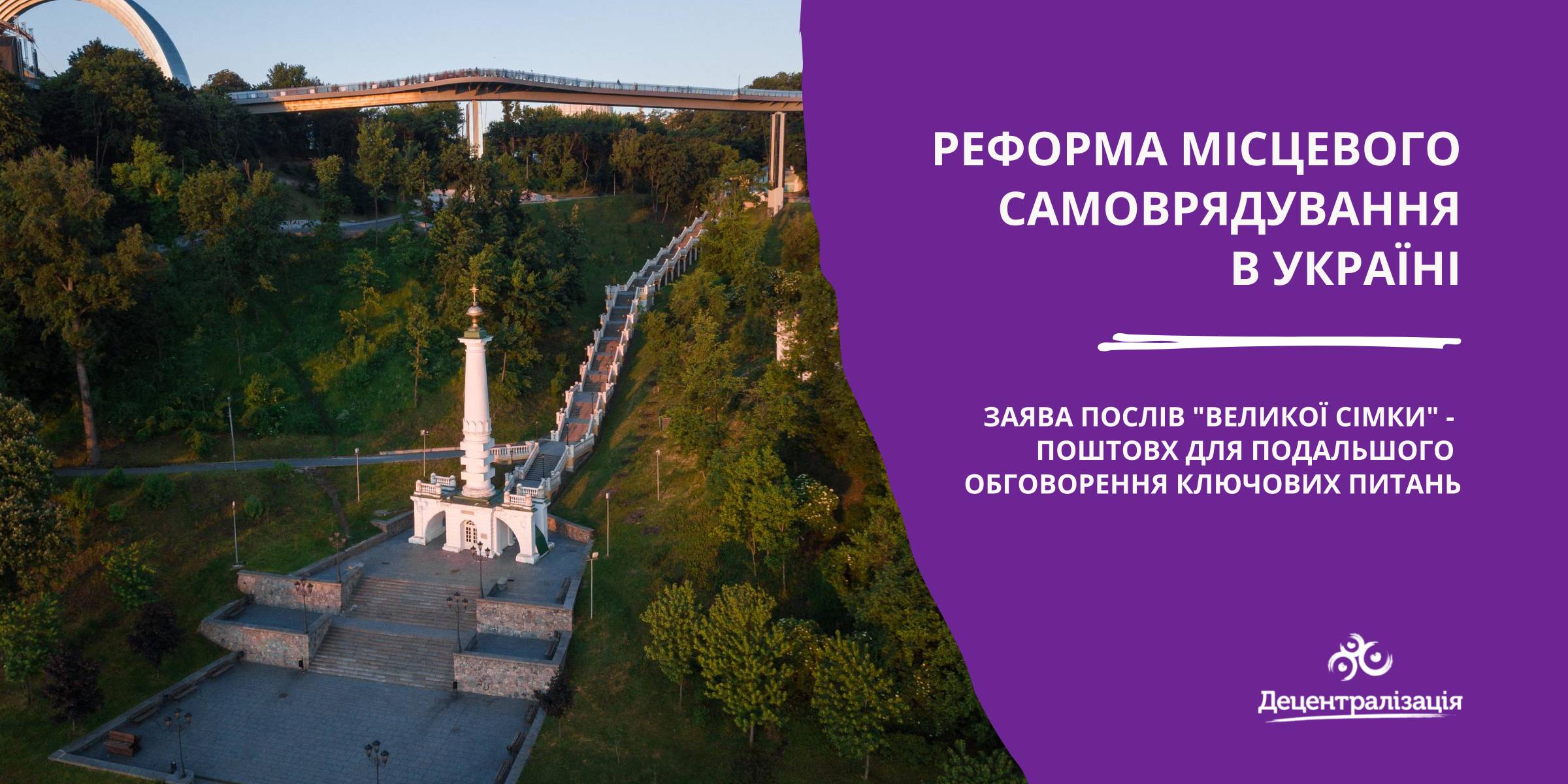